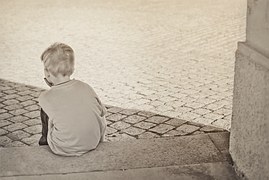 How to Help Kids Manage Their Anger

Anger is a completely normal and important emotion. Contrary to some popular beliefs, anger is not always a secondary feeling that is covering up underlying sadness or worries. It’s healthy and justifiable for kids to experience anger, such as when they believe they’re being treated unfairly, when their favorite toy stops working, or when their parents have rules that they don’t like. Anger only becomes a problem when kidsbehave aggressively.

There are several different factors to consider when it comes to emotions like anger:

It’s the expression of anger that kids often need help managing. Behaviors like yelling, throwing things, name-calling, kicking or other destructive behaviors are problematic and usually result in a punishment for kids. Some punishments are effective discipline strategies, such as natural consequences (loss of a toy that you broke because you threw it across the room), active ignoring (walking away from a child who is whining or yelling), time outs (removing a child from an enjoyable situation for a specific period of time), or implementing chores or repairs (taking out the garbage, picking up thrown toys). However, parents often focus more on what their kids are NOT allowed to do than on what they ARE allowed to do. It’s important that kids know how they are allowed to express anger when they feel mad about something.

There are several strategies parents can review with kids to help them express their anger effectively. First, help your kids to understand how anger, thinking, and physical sensations are connected. For example, hot thoughts are fast, angry thoughts that usually involve bad words and a loud tone of voice, while cool thoughts are slower, calmer thoughts that are said in a medium tone of voice: for example, “I’m mad they didn’t pick me first,” rather than, “I hate those kids; they’re so mean and ugly!” Kids should try to wait until their thoughts cool down a bit before they share them with others. Using a picture of a thermometer can be an easy way to show this visually to younger kids. Sometimes counting to three can help lower the temperature of hot thoughts. Other times, visualizing a stop sign can help kids delay acting on their hot thoughts. Drawing a picture of a stop sign can be a nice activity for parents and kids to do together.

Some other helpful strategies to reduce body tension include belly breathing and progressive muscle relaxation (squeezing and releasing muscle groups, one at a time, starting with the hands, then arms, shoulders, stomach, quads, calves, and feet). Next, add the element of behavior and explain that there are three ways that kids can express anger: