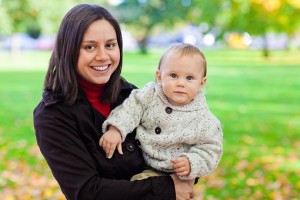 So you’ve been looking for that perfect nanny position for weeks (if not months). You know you’ve got what it takes to be a great nanny: the education, years of experience, and stellar references. You had a great interview and you seem to like each other, and while most families more than appreciate these attributes, they do not guarantee the job. Many families today are opting to “trial” their prospective nanny to make sure they are the right fit for the job with their family in particular.

A nanny should always be prepared to do a trial and know how to ace this extended interview. The first time that I was asked to do a trial I had no clue what it was. After getting an explanation from a fancy recruiter in New York City, I decided to call my gainfully employed friend who was sure to have gone on a million trials and get a nanny’s explanation.

Basically, a trial is an extended interview offered when a family likes you enough during your initial interview with them to have you back to get to know their family on a more intimate level. Through many years of trial and error (no pun intended), I have come to realize that there can be many versions of a trial.

You know it’s a trial if the potential NannyFamily asks you after your formal interview to come back over and play with their kids for a few hours to see how everyone gets along. After I had a positive interview with a potential position the good old-fashioned way through word of mouth that later turned out to be a permanent position, I was asked to come over for a couple of hours to spend time with their children. Since it was only for a couple of hours and was primarily with the children while the parents were home, I really needed to demonstrate my range. This range consisted of showing good time management and nurturing skills by feeding their six-month-old child a bottle, changing his diaper, and putting him down for a nap so that I could then move on to their four-year-old child. This also showed how capable and comfortable I was around children of different ages. They were having trouble getting him to sleep, so I was also able to show my years of experience in being able to do that for them as well. After giving their older child a healthy and delicious snack of an apple with sliced cheese, I decided to keep it simple given the time that we had left to play together. We took an old box that was going to be thrown out and made an art project out of it by coloring on it and cutting square shapes into it as windows so it would be a house. Having just a half hour left after that, we went on a little walk together outside, came in and read a book, discussed what a great time we had and I said I hoped we could do it again really soon, and you know what? We have been doing it ever since!

Another kind of trial is where you agree to become the family’s nanny on a probationary period, such as two weeks or a month. If the position turns out to be a very different experience than what either of you were looking for, you cordially part ways with no hurt feelings. After all, you want to feel comfortable with a position as delicate as caring for someone’s children, and the family wants to feel certain the person doing that job is perfect for it.

Then there are two other kinds of trials that are a lot more involved. In the first (and sometimes only) trial, the family spends a few hours with you, the prospective nanny, so that everyone can get to know one another. This is a laid back time that is supposed to be fun. You may be invited to a picnic in a park near their home or to play a game of catch with their kids. You could be hired from this point or the family may want to have a second trial just for good measure. Trials are usually around 3-4 hours. Do not get discouraged if a family wants to do a second trial with you because a second trial is completely different: all business, if you will.

If you are asked to come in for a second trial or your initial trial is more closely aligned with the following example, the prospective nanny should be on his or her “A game.” A trial like this could and most likely does mean that the family likes you and someone else they interviewed as well and this is the deciding factor. Use this time to ask educated questions. For example, how to install and take car seats out of the car or how to operate certain toys, baby vehicles, or monitors. I especially like to ask if there are any known allergies of any kinds, or if there are any medicines, vitamins, and the like that I should be administering. Play with the kids. Be happy and be helpful! During this kind of trial, whether it is your second or only trial, it is more of a consolidated version of what a day in that family’s household looks like. An example of what this type of trial looks like can be a 2-4 hour time frame spent with the children, following the family’s schedule. This might mean administering meals, getting the children dressed, taking them to an activity or to school or organizing an age-appropriate activity at the home, putting the children down for naps, and tidying up after yourself and the children. That being said, the parents want to see if you can hack it. It is also a good time to be observant. Ask yourself if it is an environment that you could and would like to see yourself working in.

A nanny should be paid for her time spent at trials at an hourly rate that is agreed upon by all parties beforehand. If you are working through a recruiter they will usually negotiate all of the logistics.

As clichéd as it sounds, you really need to relax and be yourself during these trials. Don’t present an image to your potential employer that is not reflective of who you really are and how you work. The most comfortable working environments are created by both parties presenting themselves as they are. Remember, the trial is just as much for you as it is for them.

0
0
0
: first day, nanny, trial
Previous Post How to Respond When Your Child is Disrespectful Next Post How to Help Kids Feel Safe After Tragedy

10 Common Mistakes Nannies Make With Newborns
February 12, 2014
What to Expect from a Vacation Nanny
April 1, 2015
Household Employment Updates for Families Hiring in the Upcoming Weeks
September 7, 2015