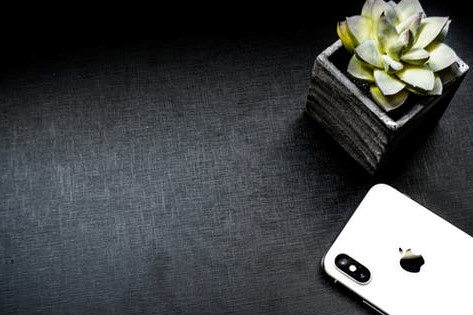 It stood almost ten feet tall and weighed close to a thousand pounds. We were less than four feet away, separated by two trainers and a steel fence. Feeling small in its presence, it was literally awesome.

While most of the onlookers were equally mesmerized watching the polar bear go through its training exercises, it was impossible not to notice the five-year-old girl who sat just in front of me. The subject of her mesmerized glance was not the ten-foot polar bear but the five-inch screen of an iPhone and the video game that held her undivided attention.

My feeling of awe was interrupted by one of sadness and bewilderment. While trying not to judge the child or the parent (perhaps there were extenuating circumstances that led to a screen replacing her focus), I could not help feel that this lost opportunity was so symbolic of our tendency to be drawn into screens when life beckons right in front of us.

On the other end of the spectrum, moments earlier we encountered an art school student patiently watching and sketching a Cinereous Vulture.  When one hears the word vulture, beauty does not immediately come to mind.  But as this young artist painstaking translated her observations into pencil strokes, it is exactly what she replicated.

When we complemented the girl on her art, the bird was stunned and moved to the other side of the exhibit.  She brushed off our apology, saying she had been following the bird around all morning – an attempt to capture it in its full glory from different angles and perspectives.

This was in marked contrast to other students we saw, who had taken a picture of their bird subjects with their phones, and appeared to be using that as their primary point of reference.

Within my own children at both the Lincoln Park Zoo and later at the Shedd Aquarium, I could see this struggle between the instant gratification of a screen and the awe that sometime requires more patient observation.

At the aquarium, my seven-year-old was torn between experiencing the stunning fish in front of her and using the touch screen at the exhibit to read about it.

At the zoo, the same seven-year-old sat next to a gorilla on the other side of the plexiglass and said with unprompted amazement, “I could watch him all day.”

The implications of these polar opposite tendencies should be obvious. There is so much joy, wonder, inspiration and appreciation that come when we simply sit and observe – whether that be exotic animals at a zoo or our fellow humans walking among us.

Yet when was the last time, you just sat and looked at something – anything – for more than 10 minutes? Not counting your phone of course.

It is telling that the New York Times recently had this article about a slew of books on how hard it is to “do nothing” and tips on how to simply pay attention to the world around us.

I hope you find a more than a few minutes this week to give yourself the gift of awe.  Find something in nature – a bird, a tree, your child, anything real and alive and just take it all in.